Post #534 - December 21, 1944 I Called Several Police Stations and From What I Read, There is a Famine of Consumer Goods on the Market 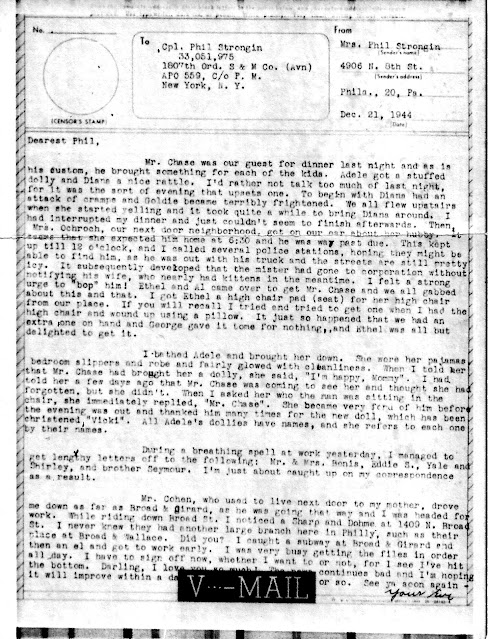 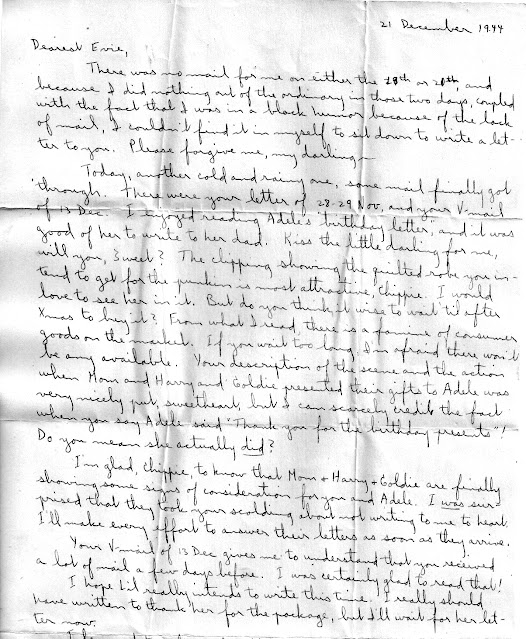 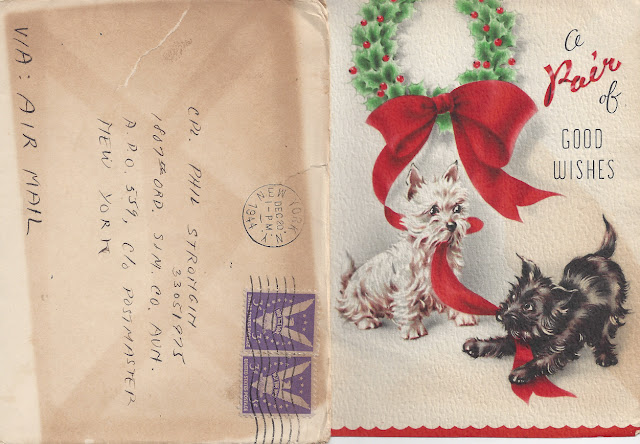 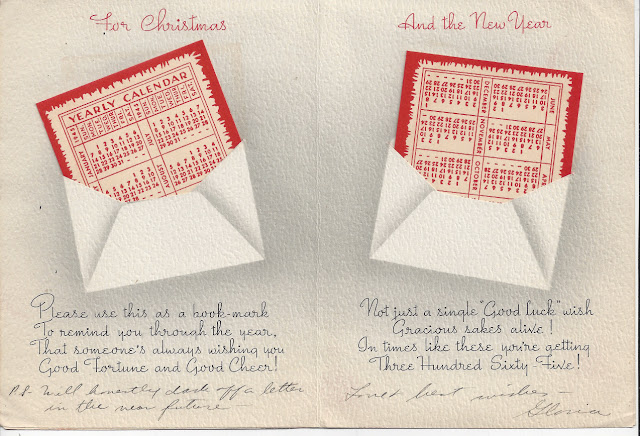 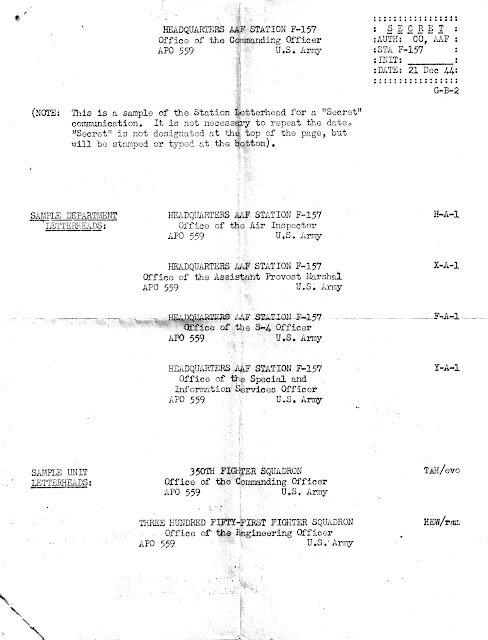 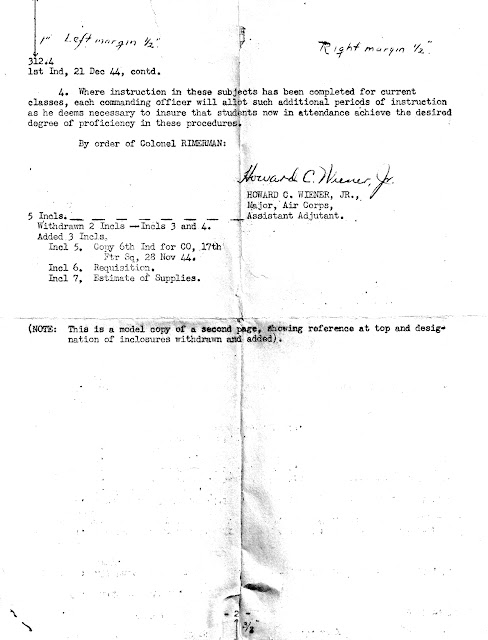 Dearest Phil,
Mr. Chase was our guest for dinner last night and as is his custom, he brought something for each of the kids. Adele got a stuffed dolly and Diana a nice rattle. I'd rather not talk too much of last night, for it was the sort of evening that upsets one. To begin with Diana had an attack of cramps and Goldie became terribly frightened. We all flew upstairs when she started yelling and it took quite a while to bring Diana around. I had interrupted my dinner and just couldn't seem to finish afterwards. Then, Mrs. Ochroch, our next door neighborhood, got on our ear about her hubby. It seems that she expected him home at 6:30 and he was way past due. This kept up till 12 o'clock, and I called several police stations, hoping they might be able to find him, as he was out with his truck and the streets are still pretty icy. It subsequently developed that the mister had gone to corporation without notifying his wife, who nearly had kittens in the meantime. I felt a strong urge to "bop" him! Ethel and Al came over to get Mr. Chase and we all gabbed about this and that. I got Ethel a high chair pad (seat) for her high chair from our place. If you will recall I tried and tried to get one when I had the high chair and wound up using a pillow. It just so happened that we had an extra one on hand and George gave it to me for nothing, and Ethel was all but delighted to get it.

I bathed Adele and brought her down. She wore her pajamas, bedroom slippers and robe and fairly glowed with cleanliness. When I told her that Mr. Chase had brought her a dolly, she said, "I'm happy, Mommy". I had told her a few days ago that Mr. Chase was coming to see her and thought she had forgotten, but she didn't. Then I asked her who the man was sitting in the chair, she immediately replied, "Mr. Chase". She became very fond of him before the evening was out and thanked him many times for the new doll, which has been christened, "Vicki". All Adele's dollies have names, and she refers to each one by their names.

During a breathing spell at work yesterday, I managed to get lengthy letters off to the following: Mr. & Mrs. Benis, Eddie S., Yale and Shirley, and brother Seymour. I'm just about caught up on my correspondence as a result.

Mr. Cohen, who used to live next door to my mother, drove me down as far as Broad & Girard, as he was going that way and I was headed for work. While riding down Broad St. I noticed a Sharp and Dohme at 1409 N. Broad St. I never knew they had another large branch here in Philly, such as their place at Broad & Wallace. Did you? I caught a subway at Broad & Girard and then an el and got to work early. I was very busy getting the files in order all day. I have to sign off now, whether I want to or not, for I see I've hit the bottom. Darling, I love you so much! The news continues bad and I'm hoping it will improve within a day or so. See you soon again -
Your Eve

Dearest Evie,
There was no mail for me on either the 19th or 20th and because I did nothing out of the ordinary in those two days, coupled with the fact that it was in a black humor because of the lack of mail, I couldn’t find it in myself to sit down to write a letter to you. Please forgive me, my darling—

Today, another cold and rainy one, some mail finally got through. There were your letter of 28-29 Nov., and your V-mail of 13 Dec. I enjoyed reading Adele's “birthday letter,” and it was good of her to write to her dad. Kiss the little darling for me will you, Sweet? The clipping showing the quilted robe you intend to get for the punkin is most attractive, Chippie. I would love to see her in it. But do you think it wise to wait ’til after Xmas to buy it? From what I read there is a famine of consumer goods on the market. If you wait too long, I'm afraid there won't be any available. Your description of the scene and the action when Mom and Harry and Goldie presented their gifts to Adele is very nicely put, sweetheart, but I can scarcely credit the fact when you say Adele said "Thank you for the birthday presents"! Do you mean she actually did?

I'm glad, Chippie, to know that Mom & Harry & Goldie are finally showing some signs of consideration for you and Adele. I was surprised that they took your scolding about not writing to me to heart. I’ll make every effort to answer their letters as soon as they arrive.

Your V-mail of 13 Dec. gives me to understand that you received a lot of mail a few days before. I was certainly glad to read that!

I hope Lil really intends to write this time. I really should have written to thank her for the package, but I'll wait for her letter now.

I learned too, from this letter, that you had received Adele's gift from me. You say she's still talking about the “yocket”, and that “it’s really a shame that it's so big.” I'm sorry about that, honey, but I think I explained why it couldn't have been smaller. At any rate, I’m well satisfied if she understands that it is "daddy's gift."

And that's about all there is to say tonight, Baby. You know, of course, that I adore you, but I'll keep reminding you of it anyway. I do love you so very much, Ev! My dearest love to my own punkin. Love to all from

Your devoted
Phil
Posted by Marilyn at 8:43 AM No comments: