Many people don’t realize that I have been making recordings while reading each letter aloud for the last twenty or so posts. Many have told me that they have trouble deciphering the handwriting, so in each post, I have made a slideshow that flashes past while I am narrating the letters. Just make sure your sound is on and click on the arrow on the slideshow.

If you plan to continue reading this blog, please follow me now so as to give me the incentive to continue every day! 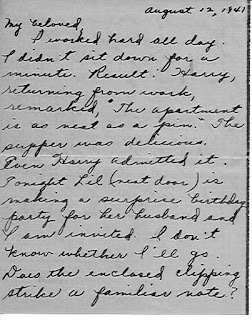 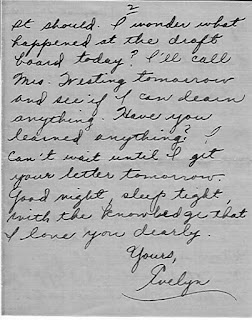 *This is the extra 18 months to which they are referring in their letters:
“The World War I system served as a model for that of World War II. The 1940 law instituted conscription in peacetime, requiring the registration of all men between 18 and 25, to be automatically conscripted. President Roosevelt's signing of the Selective Training and Service Act on September 16, 1940, began the first peacetime draft in the United States. It also reestablished the Selective Service System as an independent agency responsible for identifying young men and facilitating their military service. Roosevelt named Lewis B. Hershey to head the System on July 31, 1941, where he remained until 1969.[27] This act came when other preparations, such as increased training and equipment production, had not yet been approved. Nevertheless, it served as the basis for the conscription programs that would continue to the present.
The act set a cap of 900,000 men to be in training at any given time, and limited military service to 12 months unless Congress deemed it necessary to extend such service in the interest of national defense. An amendment added 18 more months to this service period on August 18, 1941.” 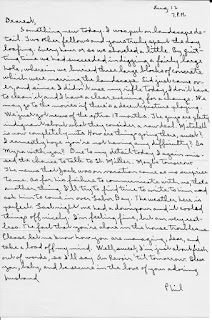