This is the last letter I have from 1941, as my father was discharged from the army. The new modest home into which they so lovingly dreamed of moving, and which they often wrote of decorating, never materialized. They did not pass for the mortgage. As a result, during the war years, my mother moved back to a neighborhood in Philadelphia called Logan to live with her own mother, father, three brothers, and sister. Eventually, the whole extended family including me and my brother and sister, all lived in the same row home until such time as each one of us married. My father’s mother, who was widowed at a very early age, moved to a neighborhood called Oxford Circle to live with my father’s younger brother, Harry, and his wife, Goldie. Philip returned to the armed services in September of 1942 as the war ramped up. More letters will follow. 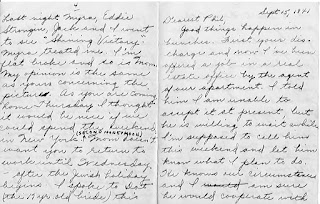 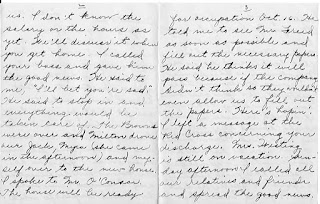 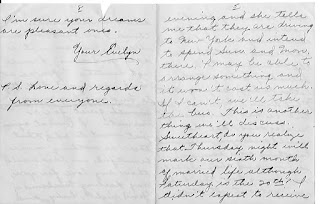 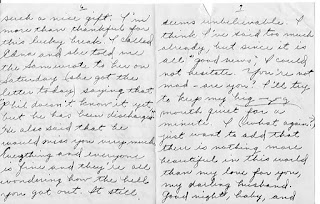 These are the last items I have dated 1941. The telegram is from my father’s youngest brother, Jack. The Christmas card is from my mother’s best friend, Anne. They stayed in touch all their lives, and Anne came to visit my mother when my mother was in her eighties. 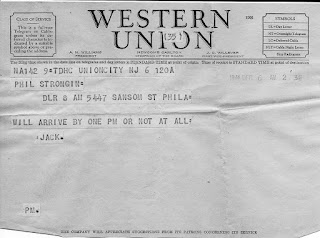 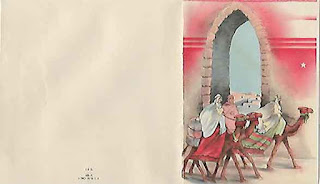 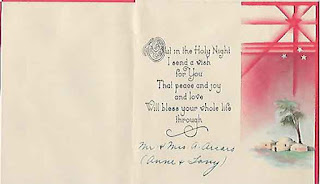