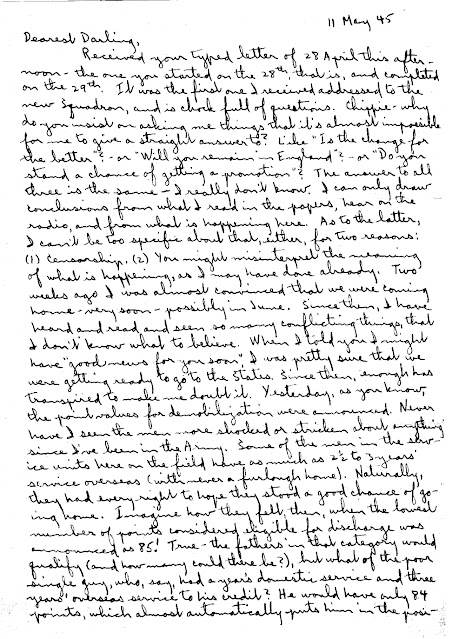 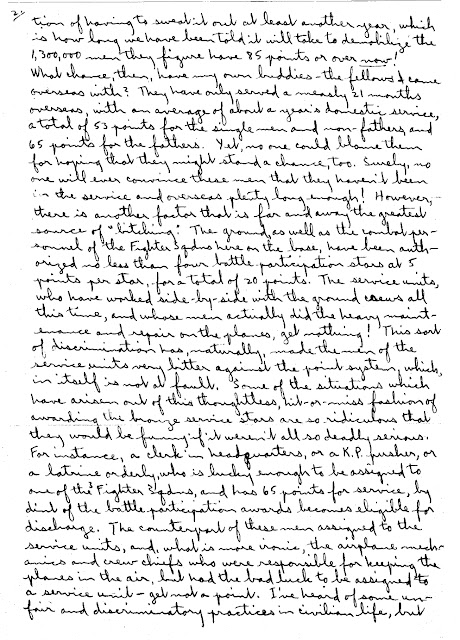 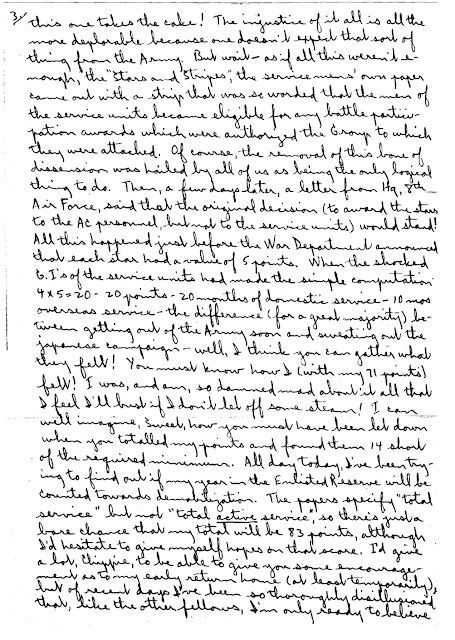 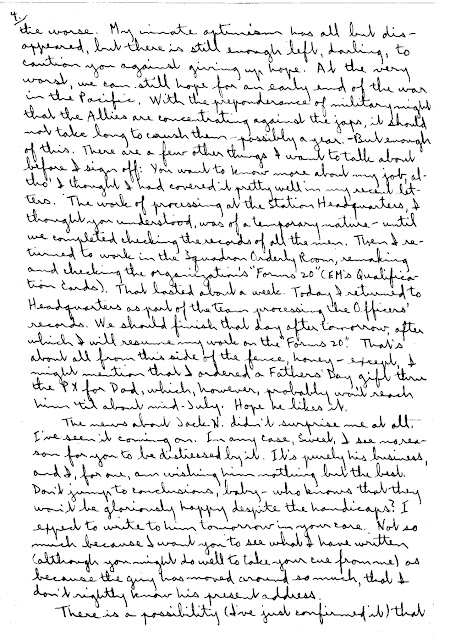 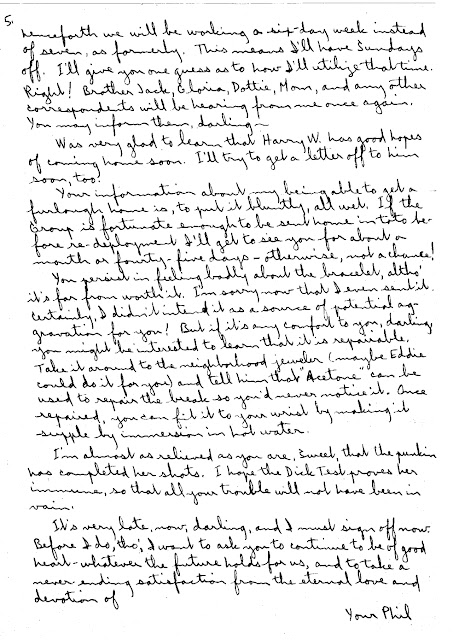 Your information about my being able to get a furlough home is, to put it bluntly, all wet. If the Group is fortunate enough to be sent home in toto before re-deployment I'll get to see you for about a month or forty-five days otherwise, not a chance!

You persist in feeling badly about the bracelet, altho’ it's far from worth it. I'm sorry now that I even sent it. Certainly I didn’t intend it as a source of potential aggravation for you! But if it's any comfort to you, darling, you might be interested to learn that it is repairable, Take it around to the neighborhood jeweler (maybe Eddie could do it for you) and tell him that “Acetone" can be used to repair the break so you'd never notice it. Once repaired, you can fit it to your wrist by making it supple by immersion in hot water. "

I'm almost as relieved as you are, Sweet, that the punkin has completed her shots. I hope the Dick Test proves her immune, so that all your trouble will not have been in vain.
It's very late, now, darling, and I must sign off now. Before I do, tho’, I want to ask you to continue to be of good heart—whatever the future holds for us, and to take a never ending satisfaction from the eternal love and devotion of