*Coincidentally, when I had just begun to ready this post, I spent a day in the emergency room and was diagnosed with Influenza A. My husband, Saul, came down with it the day after and we both spent a miserable week in bed recovering. We know just how you felt, Dad, as you were suffering and recovering. 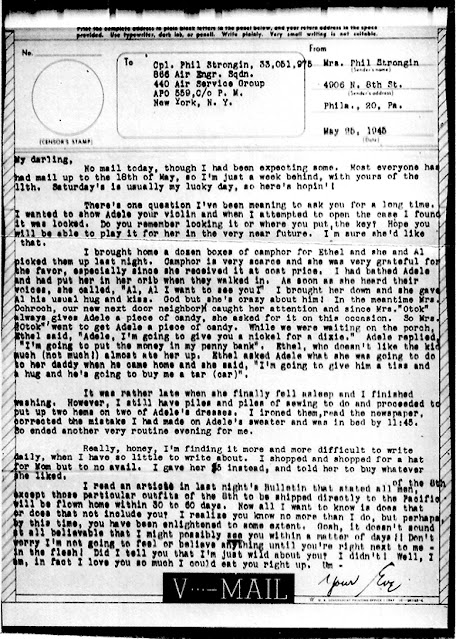 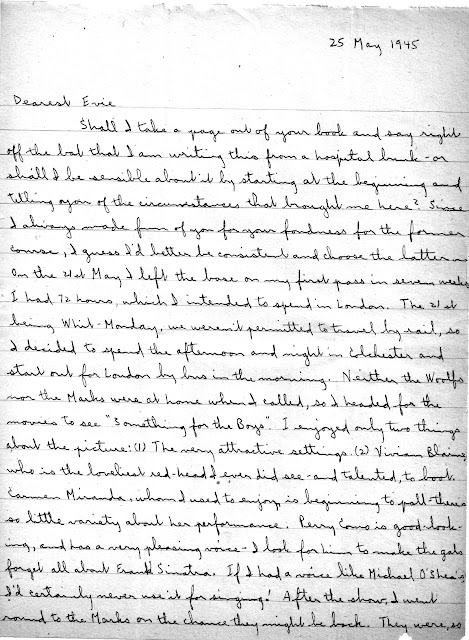 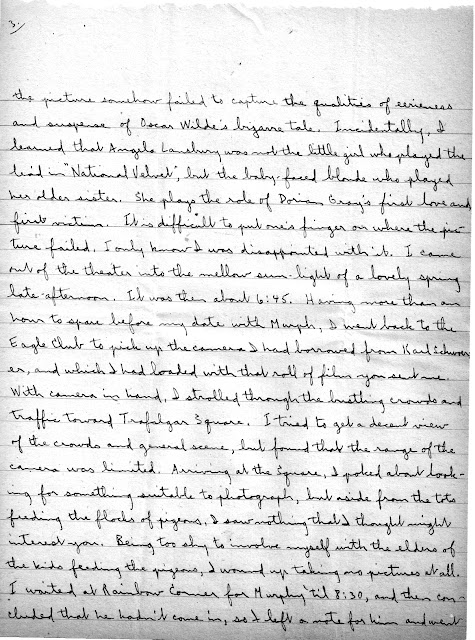 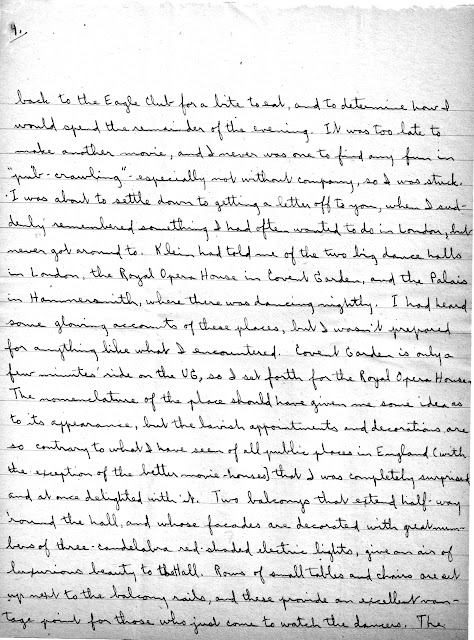 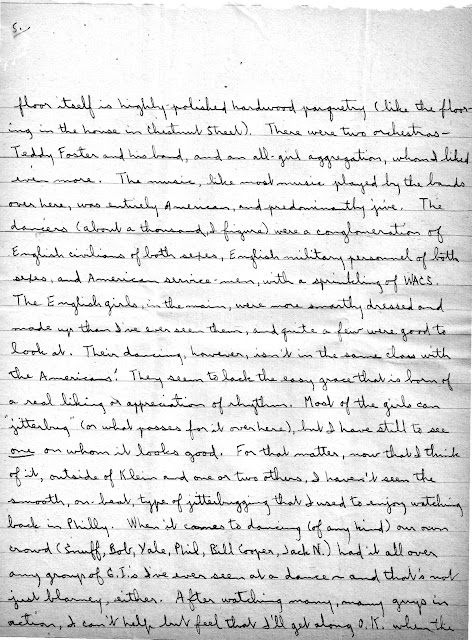 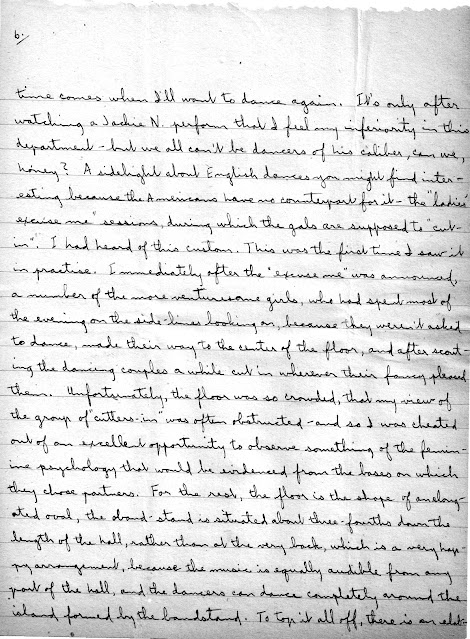 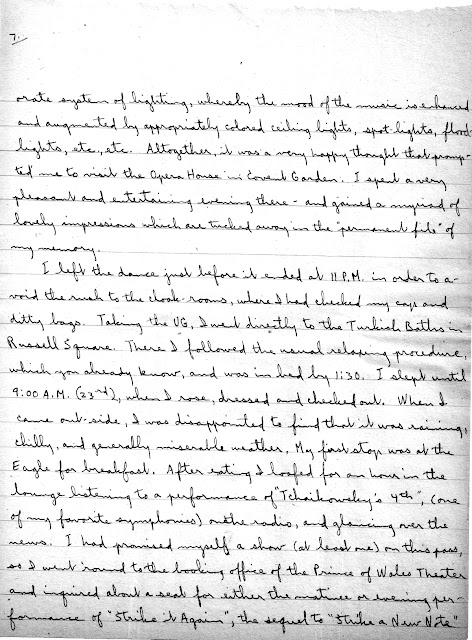 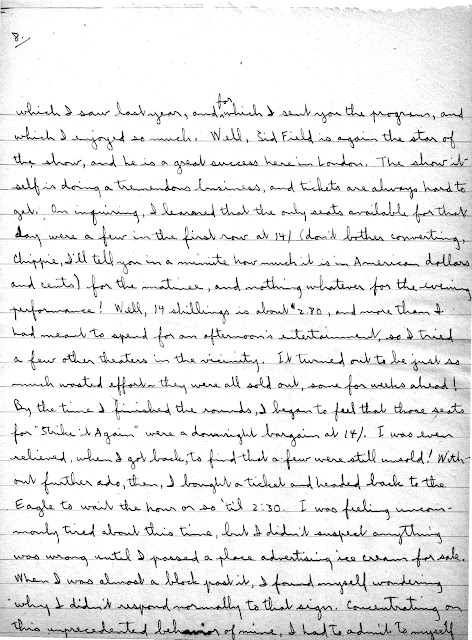 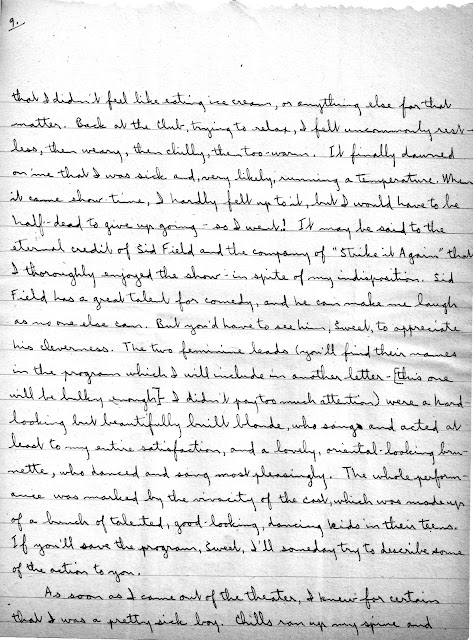 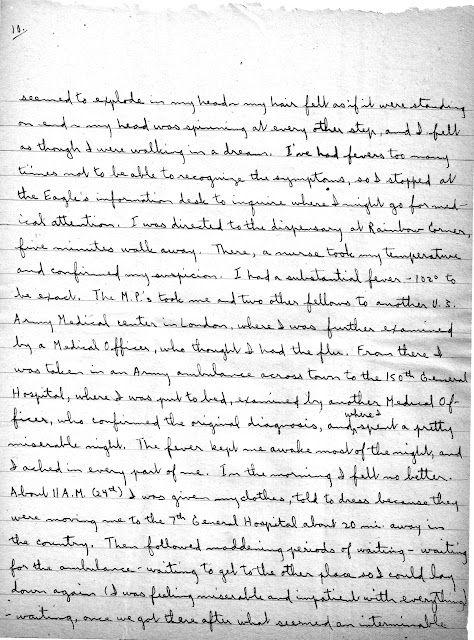 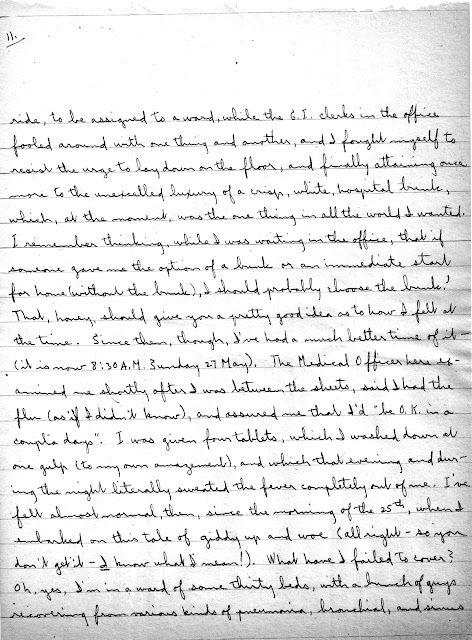 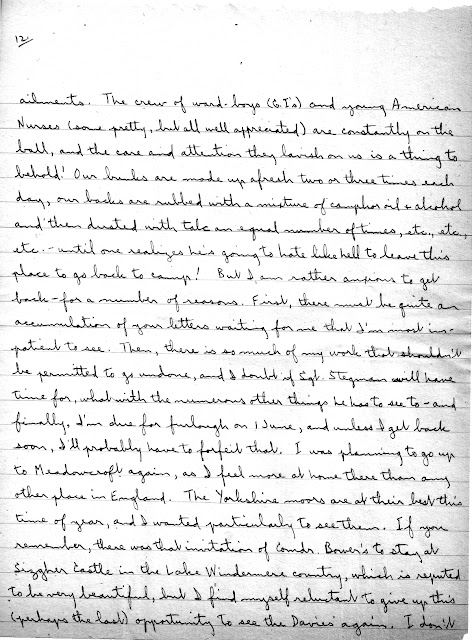 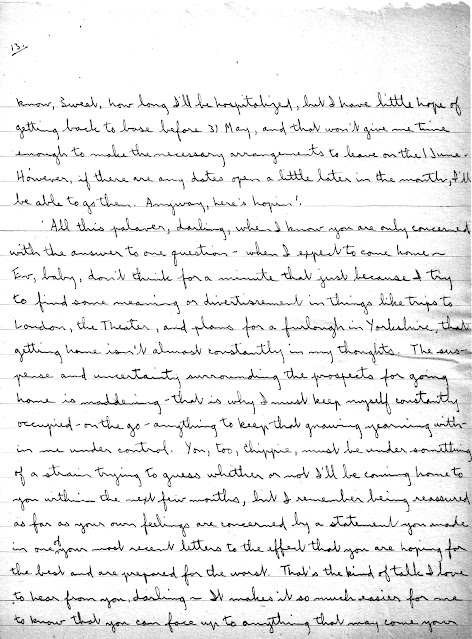 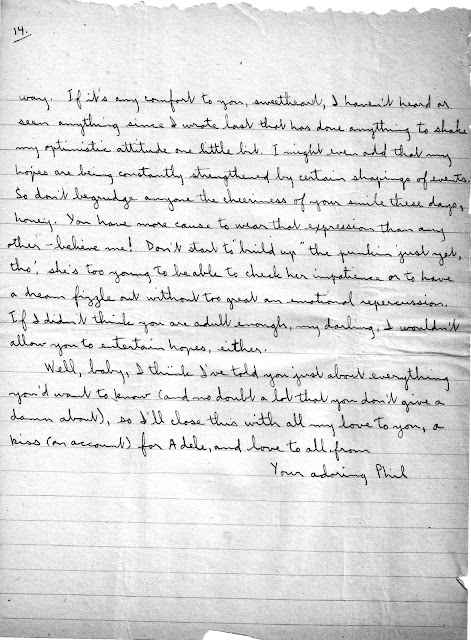 No mail today, though I had been expecting some. Most everyone has had mail up to the 18th of May, so I'm just a week behind, with yours of the 11th. Saturday is usually my lucky day, so here's hopin'!

There's one question I've been meaning to ask you for a long time. I wanted to show Adele your violin and when I attempted to open the case I found it was locked. Do you remember locking it or where you put the key? Hope you’ll be able to play it for her in the very near future. I'm sure she'd like that.

I brought home a dozen boxes of camphor for Ethel and she and Al picked them up last night. Camphor is very scarce and she was very grateful for the favor, especially since she received it at cost price, I had bathed Adele and had put her in her crib when they walked in. As soon as she heard their voices, she called, "Al, Al I want to see you!” I brought her down and she gave Al his usual hug and kiss. God but she's crazy about him! In the meantime Mrs. Ochroch, our new next door neighbor caught her attention and since Mrs."Otok” always gives Adele a piece of candy, she asked for it on this occasion. So Mrs. “Otok” went to get Adele a piece of candy. While we were waiting on the porch, Ethel said “Adele, I’m going to give you a nickel for a dixie.” Adele replied, “I’m going to put the money in my penny bank”. Ethel, who doesn’t like the kid much (not much!) almost ate her up. Ethel asked Adele what she was going to do to her daddy when he came home and she said, “I’m going to give him a tiss and a hug and he’s going to buy me a tar (car)”.
It was rather late when she finally fell asleep and I finished washing. However, I still have piles and piles of sewing to do and proceeded to put up two hems on two of Adele's dresses. I ironed them, read the newspaper, corrected the mistake I had made on Adele’s sweater and was in bed by 11:45. So ended another very routine evening for me.

Really, honey, I'm finding it more and more difficult to write daily, when I have so little to write about. I shopped and shopped for a hat for Mom but to no avail. I gave her $5 instead, and told her to buy whatever she liked.

I read an article in last night’s Bulletin that stated all of the 8th men except those particular outfits of the 8th to be shipped directly to the Pacific will be flown home within 30 to 60 days. Now all I want to know is does that or does that not include you? I realize you know no more than I do, but perhaps by this time, you have been enlightened to some extent. Gosh, it doesn't sound at all believable that I might possibly see you within a matter of days!! Don't worry I’m not going to feel or believe anything until you're right next to me - in the flesh! Did I tell you that I'm just wild about you? I didn't l Well, I am, in fact I love you so much I could eat you right up. Um -
Your Eve

I left the dance just before it ended at 11 P.M. in order to a void the rush to the cloak-rooms, where I had checked my caps and ditty bags. Taking the UG, I went directly to the Turkish Baths in Russell Square. There I followed the usual relaxing procedure, which you already know, and was in bed by 1:30. I slept until 9:00 A.M. (23rd), when I rose, dressed and checked out. When I came out-side, I was disappointed to find that it was raining, chilly, and generally miserable weather. My first stop was at the Eagle for breakfast. After eating I loafed for an hour in the lounge listening to a performance of "Tchaikovsky's 4th", (one of my favorite symphonies) on the radio, and glancing over the news. I had promised myself a show (at least one) on this pass, so I went ’round to the booking office of the Prince of Wales Theater and inquired about a seat for either the matinee or evening performance of “Strike it Again", the sequel to "Strike a New Note" which I saw last year, and for which I sent you the programs, and which I enjoyed so much. Well, Sid Field is again the star of the show, and he is a great success here in London. The show it self is doing a tremendous business, and tickets are always hard to get. On inquiring, I learned that the only seats available for that day were a few in the first row at 14/ (don't bother converting Chippie, I'll tell you in a minute how much it is in American dollars and cents) for the matinee, and nothing whatever for the evening performance! Well, 14 shillings is about $2.80, and more than I had meant to spend for an afternoon's entertainment, so I tried a few other theaters in the vicinity. It turned out to be just so much wasted effort - they were all sold out, some for weeks ahead! By the time I finished the rounds, I began to feel that those seats "for "Strike it Again" were a downright bargain at 14/. I was even relieved, when I got back, to find that a few were still unsold! Without further ado, then, I bought a ticket and headed back to the Eagle to wait the hour or so ’til 2:30. I was feeling uncommonly tired about this time, but I didn't suspect anything was wrong until I passed a place advertising ice creams for sale. When I was almost a block past it, I found myself wondering why I didn't respond normally to that sign. Concentrating on this unprecedented behavior of mine, I had to admit to myself that I didn't feel like eating ice cream, or anything else for that matter. Back at the club, trying to relax, I felt uncommonly restless, then weary, then chilly, then too-warm. It finally dawned on me that I was sick and, very likely, running a temperature. When it came show time, I hardly felt up to it, but I would have to be half-dead to give up going - so I went! It may be said to the eternal credit of Sid Field and the company of "Strike it Again" that I thoroughly enjoyed the show in spite of my indisposition. Sid Field has a great talent for comedy, and he can make me laugh as no one else can. But you'd have to see him, Sweet, to appreciate his cleverness. The two feminine leads (you'll find their names in a program which I will include in another letter - [this one will be bulky enough] - I didn't pay too much attention) were a hard-looking but beautifully built blonde, who sang and acted at least to my, entire satisfaction, and a lovely, oriental looking brunette, who danced and sang most pleasingly. The whole performance was marked by the vivacity of the cast, which was made up of a bunch of talented, good-looking, dancing kids in their teens. If you'll save the programs, Sweet, I'll someday try to describe some of the action to you.

Your adoring Phil
Posted by Marilyn at 9:30 AM