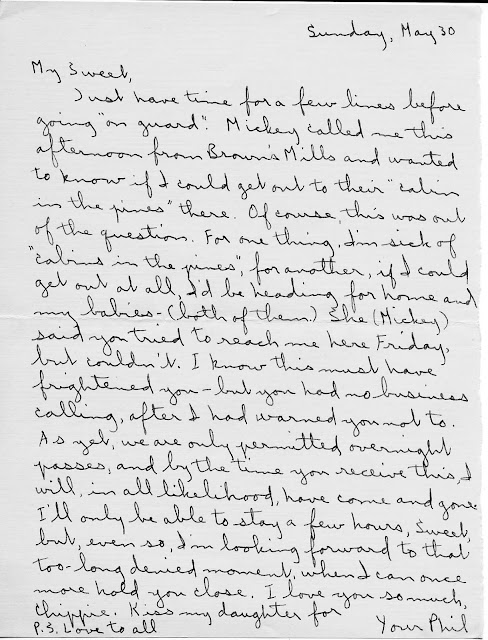 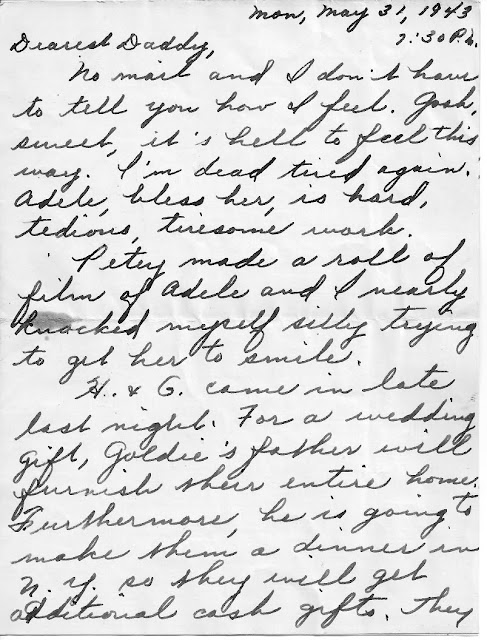 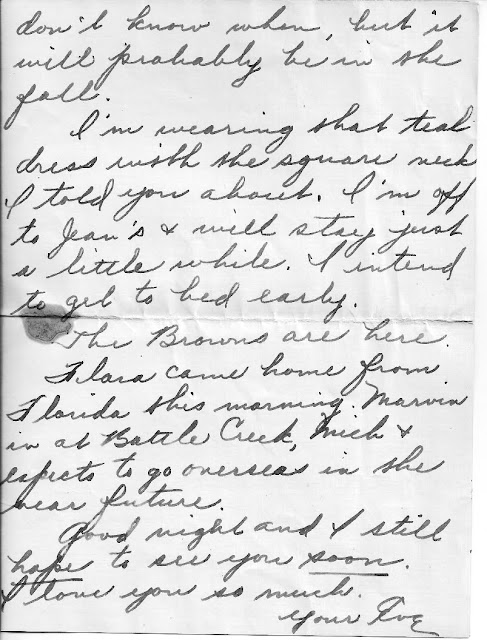 There is a several-months gap between the above letter (#235) and the next one (#236). The missing dates are from May 31 (above) to October 8. So far, in going through the letters, I have found one that was misfiled and it occurs during the gap. I had assumed that Philip and Evelyn were together during these months, before he was shipped over to England and therefore didn’t write, but apparently, I was mistaken. I am updating this post on June 29, 2021. Below is the misfiled letter: 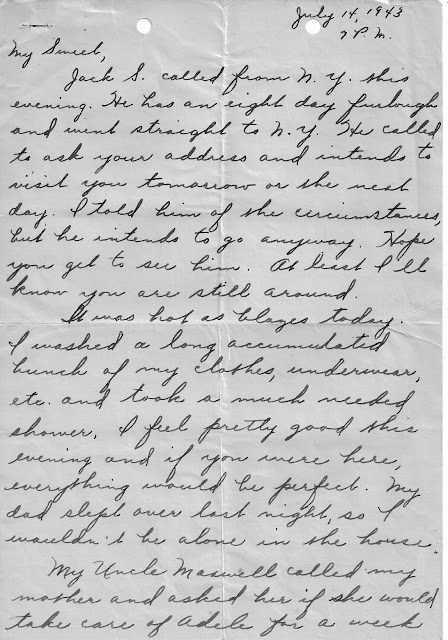 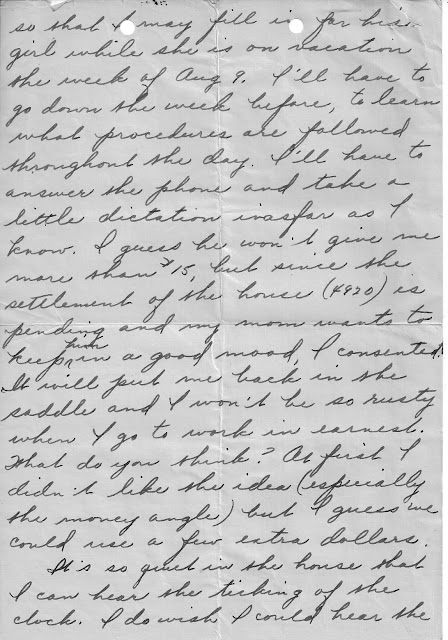 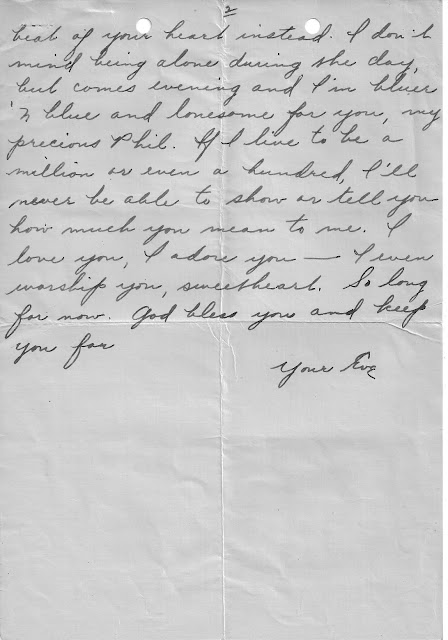