Although I have gone through all my letters and files of letters that I have scanned over several years, there is a gap in the letters of about four months. During this period, we know from the dialogue, that my father was stationed at Fort Dix, New Jersey, which was only about 30 miles from my mother’s home in the Logan neighborhood of North Philadelphia. It is possible that the letters ceased for a while because my father was able to get passes or furloughs which allowed him to visit my mother more frequently until the time he was shipped out to the base where he spent the rest of his time during the war years of 1943, 1944 and half of 1945. Many of the letters that went between them were these v-mails which allowed the government to photograph and shrink the standard-size letters so that tens of thousands could be delivered by a single plane without wasting fuel. 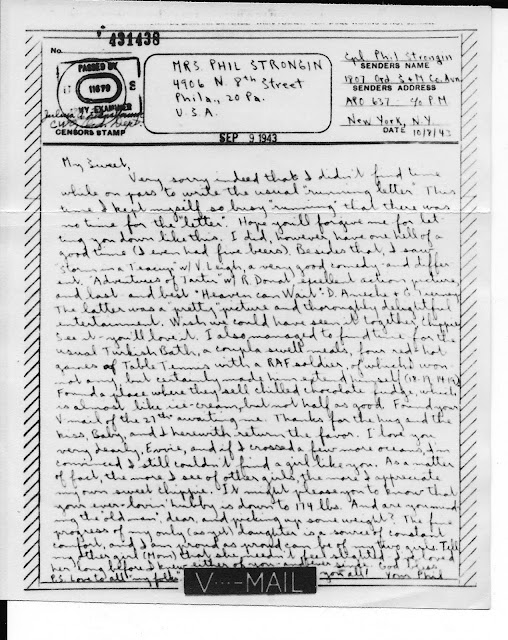