Post #358 - May 3, 1944 Harry Accepted a Job at the New Logan Bakery on 11th and Louden and A Letter from the Other Philip Strongin 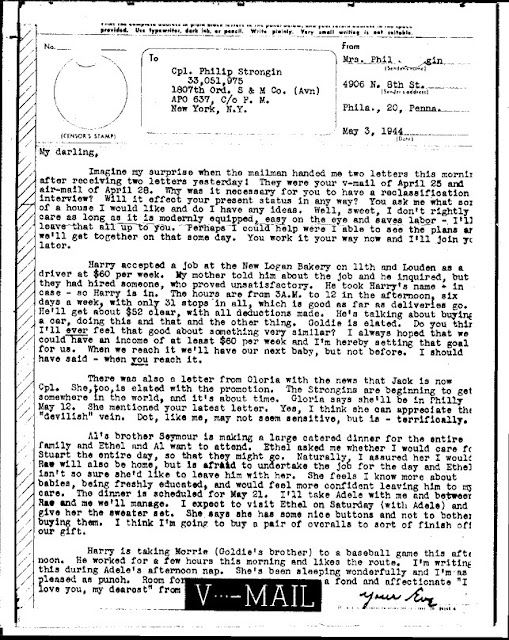 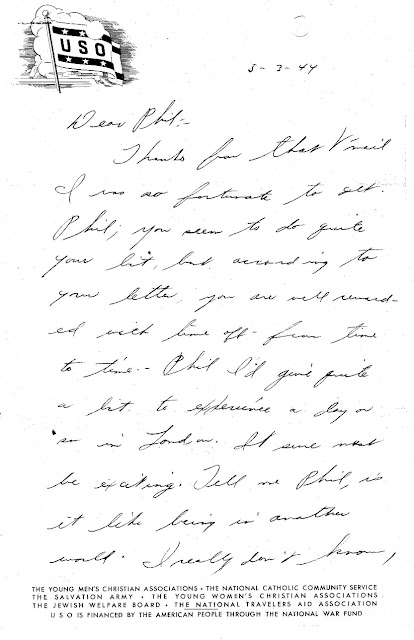 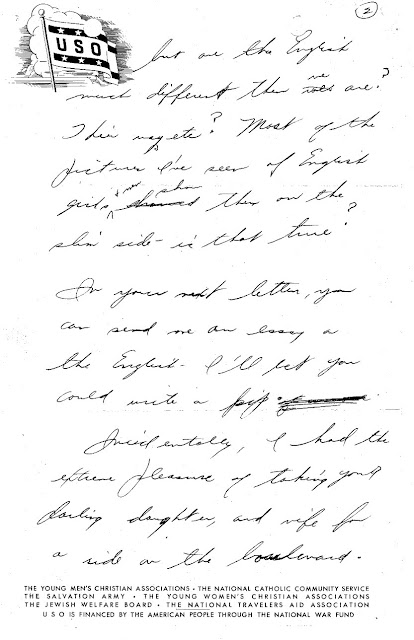 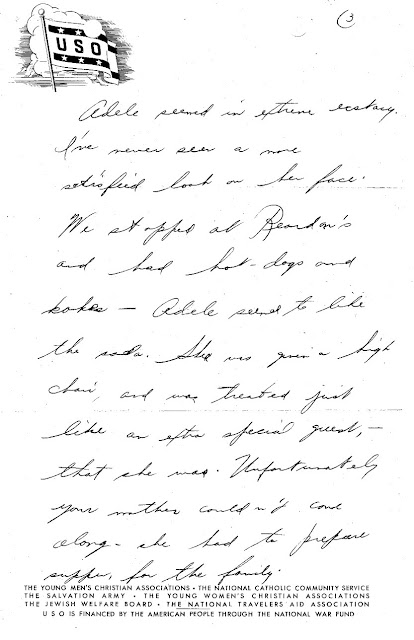 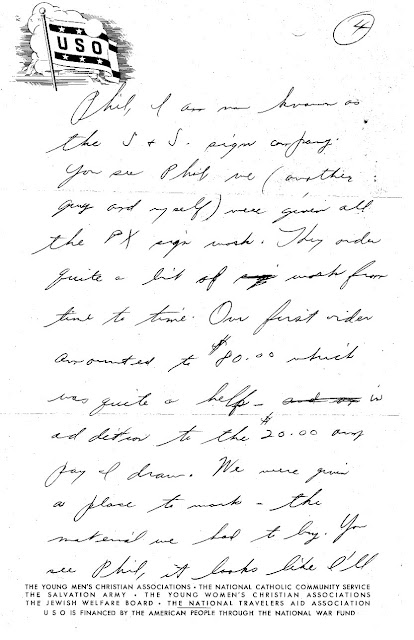 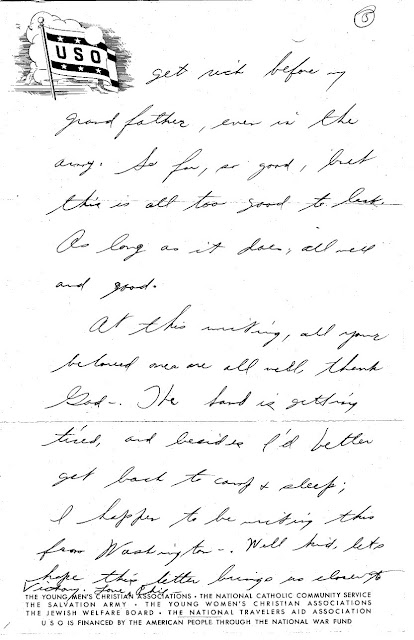 Imagine my surprise when the mailman handed me two letters this morning after receiving two letters yesterday! They were your v-mail of April 25 and air-mail of April 28. Why was it necessary for you to have a reclassification interview? Will it affect your present status in any way? You asked me what sort of the house I would like and do I have any ideas? Well, sweet, I don't rightly care as long as it is modernly equipped, easy on the eye and saves labor—I'll leave that all up to you. Perhaps I could help were I able to see the plans and we'll get together on that some day. You work it your way now and I'll join you later.

Harry accepted a job at the New Logan Bakery on 11th and Louden as a driver at $60.00 per week. My mother told him about the job and he inquired, but they had hired someone, who proved unsatisfactory. He took Harry's name—in case—so Harry is in. The hours are from 3 A.M. to 12 in the afternoon, six days a week, with only 31 stops in all, which is good as far as deliveries go. He'll get about $52 clear, with all deductions made. He's talking about buying a car, doing this and that, and the other thing. Goldie is elated. Do you think I'll ever feel that good about something very similar? I always hoped that we could have an income of at least $60 per week, and I'm hereby setting that goal for us. When we reach it, we’ll have our next baby, but not before. I should have said—when you reach it.

There was also a letter from Gloria with the news that Jack is now Cpl. She, too, is elated with the promotion. The Strongins are beginning to get somewhere in the world, and it's about time. Gloria says she’ll be in Philly May 12. She mentioned your latest letter. Yes, I think she can appreciate the “devilIsh” vein. Dot, like me, may not seem sensitive, but is—terrifically.

Al's brother Seymour is making a large catered dinner for the entire family and Ethel and Al want to attend. Ethel asked me whether I would care for Stuart the entire day, so that they might go. Naturally, I assured her that I would. Rae will also be home, but is afraid to undertake the job for the day, and Ethel isn't so sure she'd like to leave him with her. She feels I know more about babies, being freshly educated, and would feel more confident leaving him to my care. The dinner is scheduled for May 21. I'll take Adele with me and between Rae and me we’ll manage. I expect to visit Ethel on Saturday with Adele and give her the sweater set. She says she has some nice buttons and not to bother buying them. I think I'm going to buy a pair of overalls to sort of finish off our gift.

Harry is taking Morrie (Goldie’s brother) to a baseball game this afternoon. He worked for a few hours this morning and likes the route. I'm writing this during Adele's afternoon nap. She's been sleeping wonderfully and I’m as pleased as punch. Room for a fond and affectionate “I love you, my dearest,” from

Thanks for that V-mail I was so fortunate to get. Phil, you seem to do quite your bit, but according to your letter you are well rewarded with time off—from time to time. Phil, I’d give quite a bit to experience a day or so in London. It sure must be exciting. Tell me, Phil, is it like being in another world? I really don't know, but are the English much different than we are? Their ways, etc.? Most of the pictures I've seen of English girls and men show them on the slim side—is that true?

In your next letter you can send me an essay on the English. I’ll bet you could write a pip.

Incidentally, I had the extreme pleasure of taking your darling daughter and wife for a ride on the boulevard. Adele seemed in extreme ecstasy. I've never seen a more satisfied look on her face. We stopped at Reardon’s and had hot dogs and Cokes— Adele seemed to like the soda. She was given a high chair, and was treated just like an extra special guest,—that she was. Unfortunately, your mother couldn't come along—she had to prepare supper for the family.

Phil, I am now known as the S & S sign company. You see, Phil, we (another guy and myself) were given all the PX sign work. They order quite a bit of work from time to time. Our first order amounted to $80.00, which was quite a help—in addition to the $20 army pay I draw. We were given a place to work—the material we had to buy. You see, Phil, it looks like I'll get rich before my grandfather, even in the army. So far, so good, but this is all too good to last. As long as it does, all well and good.

At this writing, all your beloved ones are all well, thank God—. The hand is getting tired and besides I’d better get back to camp and sleep; I happen to be writing this from Washington. Well kid, let's hope this letter brings us closer to victory.