Post #425 - July 29, 1944 Mickey Brown is So Far Away, that I Couldn’t Possibly Meet Him Even If We Both Traveled to the Half-Way Point (Birmingham) 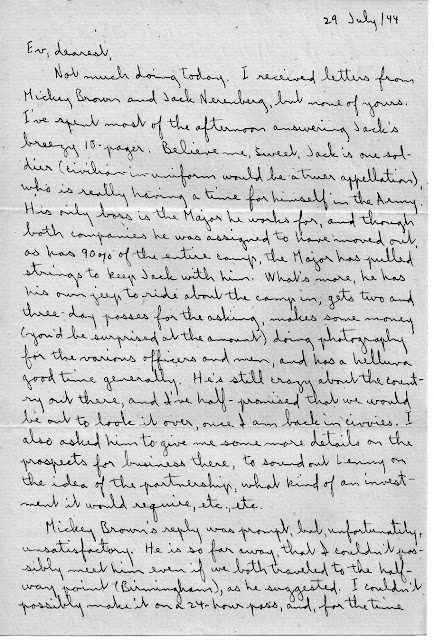 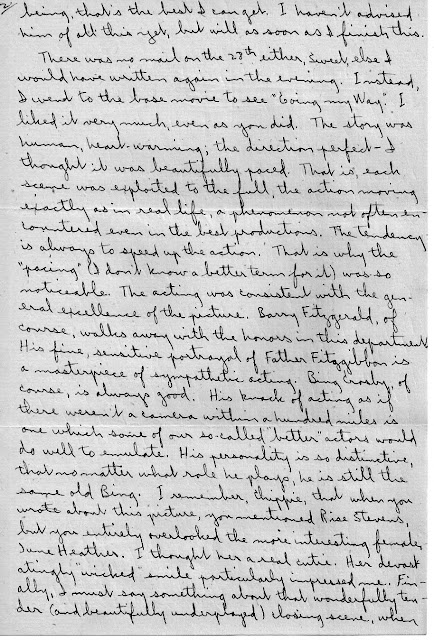 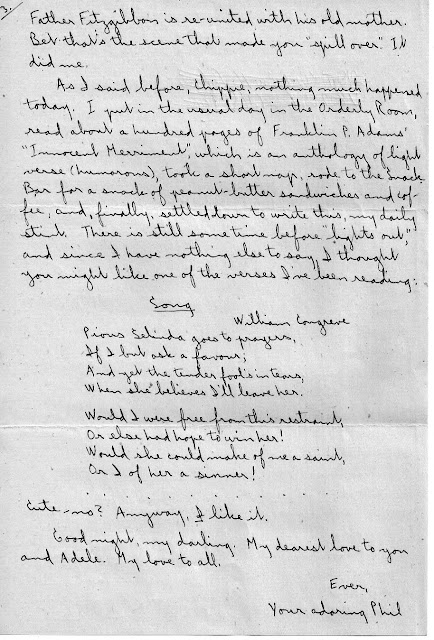 Not much doing today. I received letters from Mickey Brown and Jack Nerenberg, but none of yours. I've spent most of the afternoon answering Jack's breezy 10-pages. Believe me, sweet, Jack is one soldier (civilian in uniform would be a truer appellation), who is really having a time for himself in the Army.

His only boss is the Major he works for, and though both companies he was assigned to have moved out, as has 90% of the entire camp, the Major has pulled strings to keep Jack with him. What's more, he has his own jeep to ride about the camp in, gets two and three-day passes for the asking, makes some money (you'd be surprised at the amount) doing photography for the various officers and men, and has a helluva good time generally. He's still crazy about the country out there, and I've half-promised that we would be out to look it over, once I am back in civvies. I also asked him to give me some more details on the prospects for business there, to sound out Lenny on the idea of the partnership, what kind of an investment it would require, etc., etc.

Mickey Brown's reply was prompt, but, unfortunately, unsatisfactory. He is so far away, that I couldn't possibly meet him even if we both traveled to the half way point (Birmingham), as he suggested. I couldn't possibly make it on a 24-hour pass, and for the time being, that's the best I can get. I haven't advised him of all this yet, but will as soon as I finish this.

There was no mail on the 27th either, Sweet, else I would have written again in the evening. Instead, I went to the base movie to see "Going My Way". I liked it very much, even as you did. The story was human, heart-warming; the direction perfect—I thought it was beautifully paced. That is, each scene was exploited to the full, the action moving exactly as in real life, a phenomenon not often encountered even in the best productions. The tendency is always to speed up the action. That is why the "pacing" (I don't know a better term for it) was so noticeable. The acting was consistent with the general excellence of the picture, Barry Fitzgerald, of course, walks away with the honors in this department. His fine, sensitive portrayal of Father Fitzgibbon is a masterpiece of sympathetic acting. Bing Crosby, of course, is always good. His knack of acting as if there weren't a camera within a hundred miles is one which some of our so-called "better” actors would do well to emulate. His personality is so distinctive, that no matter what role he plays, he is still the same old Bing. I remember, Chippie, that when you wrote about this picture, you mentioned Rise Stevens, but you entirely overlooked the more interesting female, June Heather. I thought her a real cutie. Her devastatingly “wicked" smile particularly impressed me. Finally, I must say something about that wonderfully tender (and beautifully underplayed) closing scene, when Father Fitzgibbon is re-united with his old mother. Bet that's the scene that made you “spill over.” It did me.

As I said before, Chippie, nothing much happened today. I put in the usual day in the Orderly Room, read about a hundred pages of Franklin P. Adams' "Innocent Merriment,” which is an anthology of light verse (humorous), took a short nap, rode to the Snack Bar for a snack of peanut butter sandwiches and coffee, and finally, settled down to write this, my daily stint. There is still some time before “lights out” and since I have nothing else to say, I thought you might like one of the verses I've been reading:

Good night, my darling. My dearest love to you and Adele. My love to all.

Ever,
Your adoring Phil
Posted by Marilyn at 10:58 AM