Post #528 - December 13, 1944 My Brother Sy Took Quite an Extensive Tour - Around the Panama Canal to Sunny California and A Letter from Evelyn Woolf 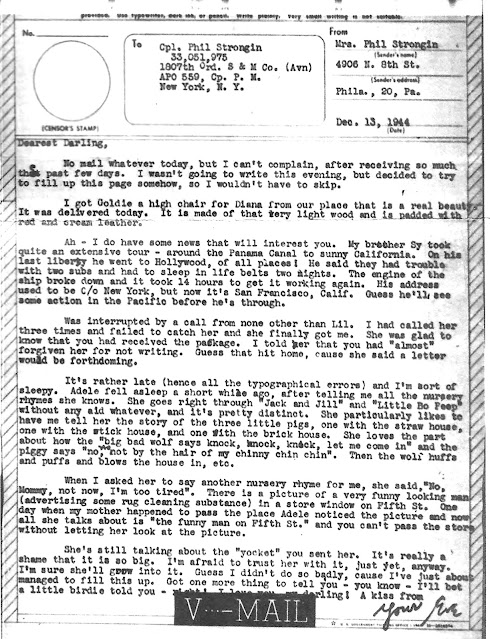 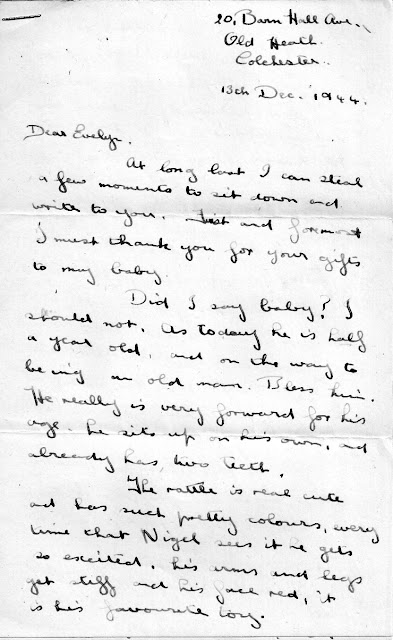 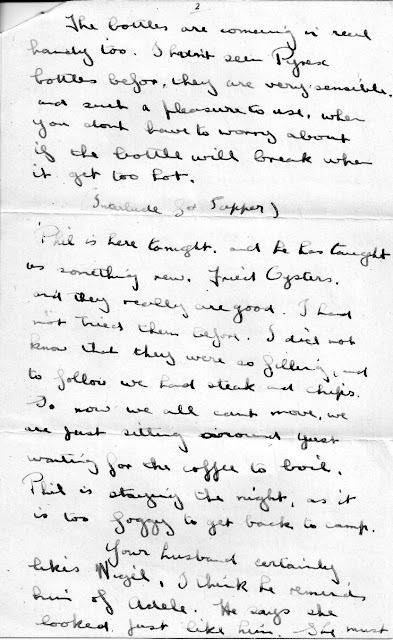 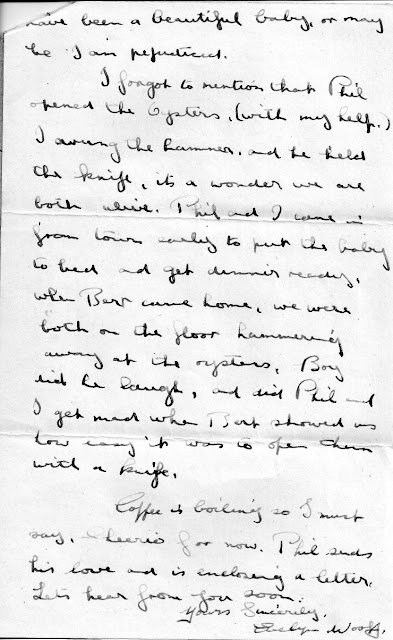 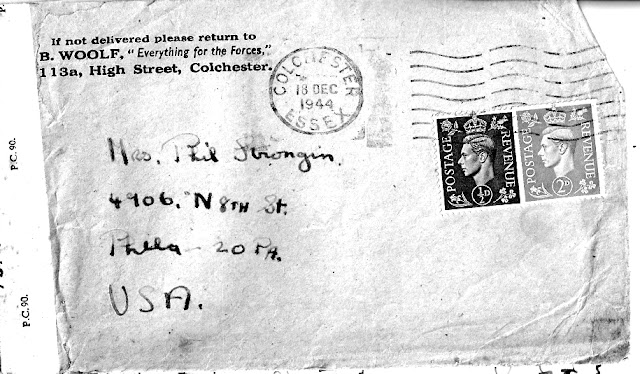 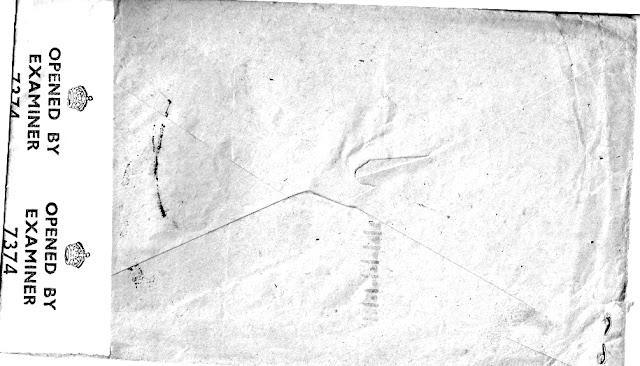 No mail whatever today, but I can't complain, after receiving so much these past few days. I wasn't going to write this evening, but decided to try to fill up this page somehow, so I wouldn't have to skip.

I got Goldie a high chair for Diana from our place that is a real beauty. It was delivered today. It is made of that very light wood and ls padded with red and cream leather.

Ah - I do have some nows that will interest you. My brother Sy took quite an extensive tour - around the Panama Canal to sunny California. On his last liberty he went to Hollywood, of all places! He said they had trouble with two subs and had to sleep in life belts two nights. The engine of the ship broke down and it took 14 hours to get it working again. His address used to be c/o New York, but now it's San Francisco, Calif. Guess he'll see some action in the Pacific before he's through.

Was interrupted by a call from none other than Lil. I had called three times and failed to catch her and she finally got me. She was glad to know that you had received the package. I told her that you had "almost” forgiven her for not writing. Guess that hit home, cause she said a letter would be forthcoming.

It’s rather late (hence all the typographical errors) and I'm sort of sleepy, Adele fell asleep a short while ago, after telling me all the nursery rhymes she knows. She goes right through “Jack and Jill" and "Little Bo Peep” without any aid whatever, and it's pretty distinct, She particularly likes to have me tell her the story of the three little pigs, one with the straw house one with the stick house, and one with the brick house. She loves the part about how the “big bad wolf says knock, knock, knock, let me come in” and the piggy says "no, no, not by the hair of my chinny chin chin". Then the wolf huffs and puffs and blows the house in, etc.

When I asked her to say another nursery rhyme for me, she said, "No, Mommy not now, I'm too tired". There is a picture of a very funny looking man (advertising some rug cleaning substance) in a store window on Fifth St. On day when my mother happened to pass the place Adele noticed the picture and now all she talks about is "the funny man on Fifth St." and you can't pass the store without letting her look at the picture.

She's still talking about the "yocket" you sent her. It's really a shame that it is so big. I'm afraid to trust her with it, just yet, anyway. I sure she’ll grow into it. Guess I didn't do so badly, cause I've just about managed to fill this up. Got one more thing to tell you - you know - I’ll bet a little birdie told you - right! I love you my darling! A kiss from
Your Eve
20 Barn Hill Ave.
Old Heath
Colchester
13th Dec. 1944
Dear Evelyn,
At long last I can steal a few moments to sit down and write to you. First and foremost I must thank you for your gifts to my baby.
Did I say baby? I should not, as today he is half a year old, and on the way to being an old man. Bless him. He really is very forward for his age. He sits up on his own, and already has two teeth.
The rattle is real cute and has such pretty colours, every time that Nigel sees it he gets excited, his arms and legs get stiff and his face red, it is his favourite toy.
The bottles are coming in real handy too. I haven’t seen Pyrex bottles before. They are very sensible and such a pleasure to use, when you don’t have to worry about if the bottle will break when it gets too hot.
(Interlude for Supper)
Phil is here tonight, and he has taught us something new. Fried oysters, and they really are good. I had not tried them before. I did not know that they were as filling and to follow we had steak and chips. So now we all can’t move. We are just sitting around. Just waiting for the coffee to boil. Phil is staying the night, as it is too foggy to get back to camp.
Your husband certainly likes Nigel. I think he reminds him of Adele. He says she looked just like him. She must have been a beautiful baby, or maybe I am prejudiced.
I forgot to mention that Phil opened the oysters, (with my help.) I swung the hammer, and he held the knife. It’s a wonder we are both alive. Phil and I came in from town early to put the baby to bed and get dinner ready. When Bert came home, we were both on the floor hammering away at the oysters. Boy did he laugh, and did Phil and I get mad when Bert showed us how easy it was to open them with a knife.
Coffee is boiling so I must say, Cheerio for now. Phil sends his love and is enclosing a letter. Let’s hear from you soon.
Yours Sincerely,
Evelyn Woolf
Posted by Marilyn at 1:37 PM