Post #551 - January 14, 1945 I Don’t Remember That I Ever Gave You Cause to Believe That I Might Get a Furlough at Home and Letters from Gloria Strongin and Milt Brown 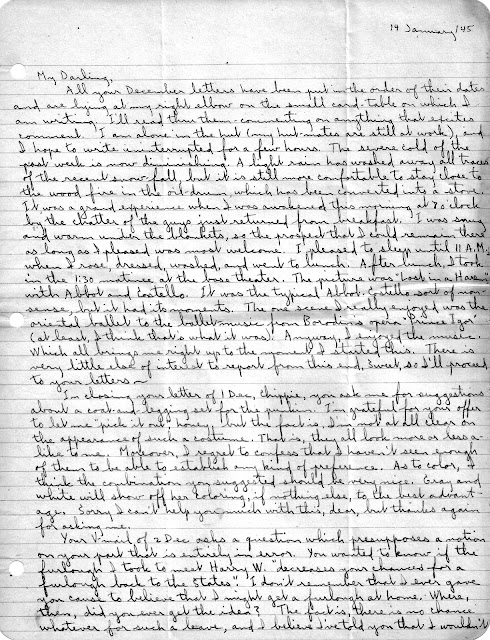 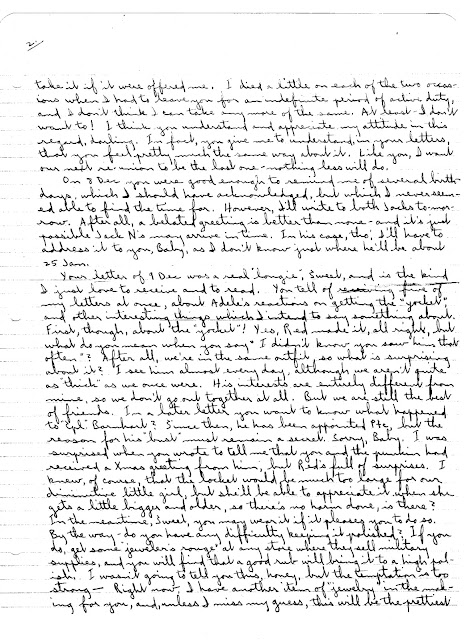 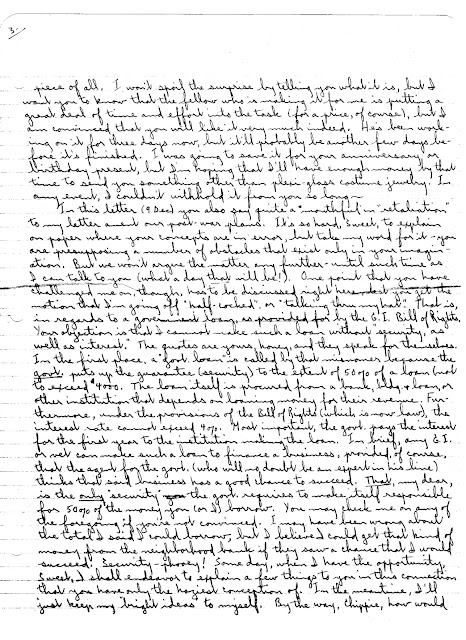 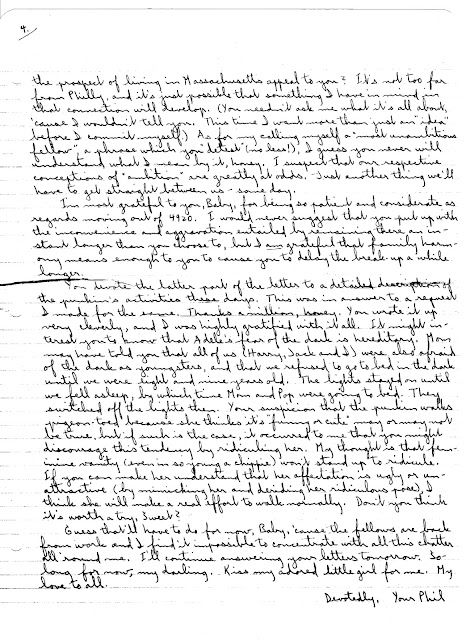 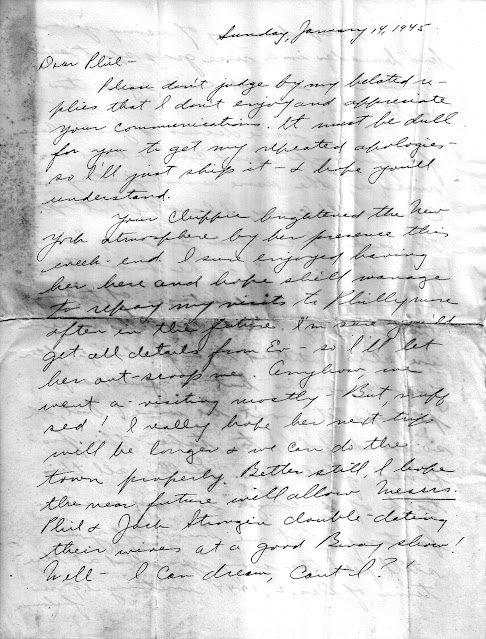 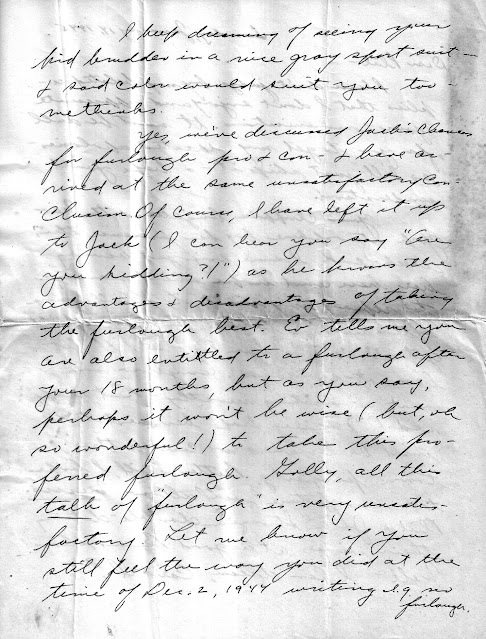 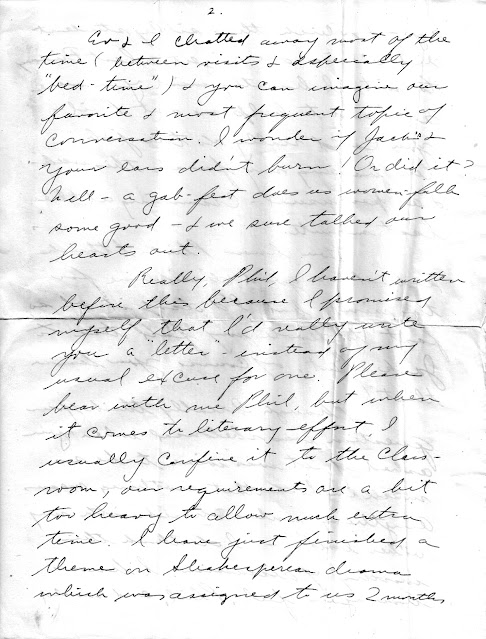 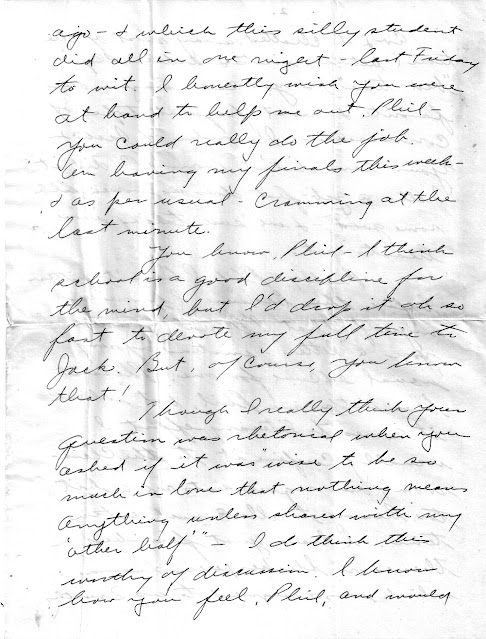 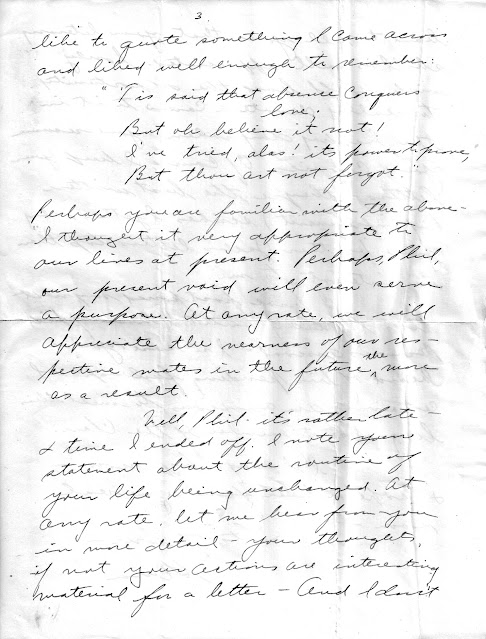 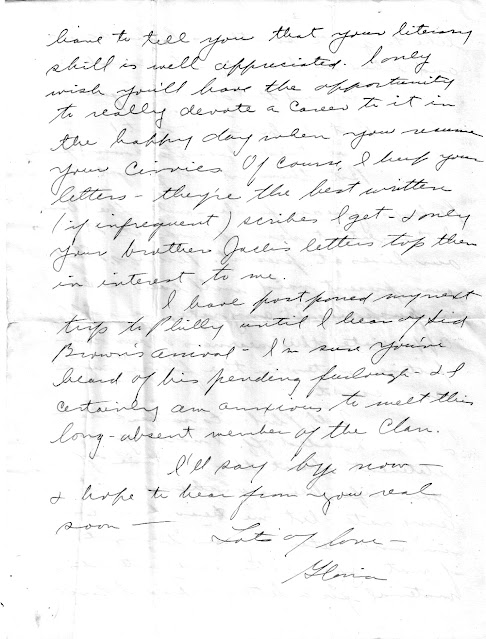 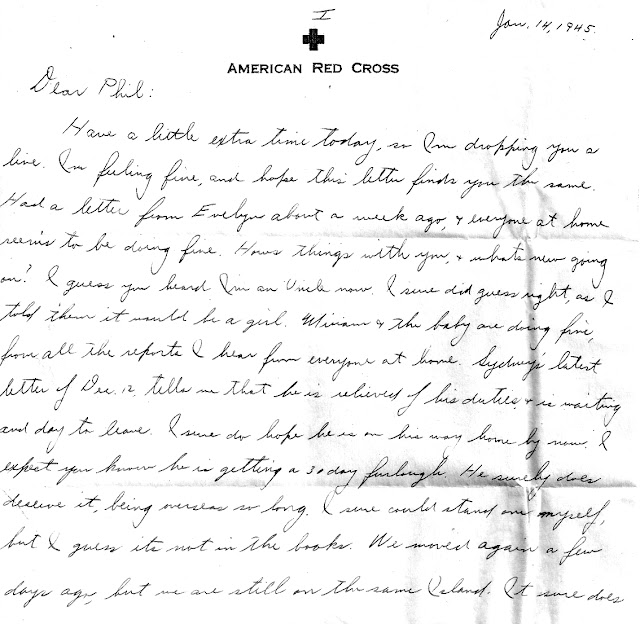 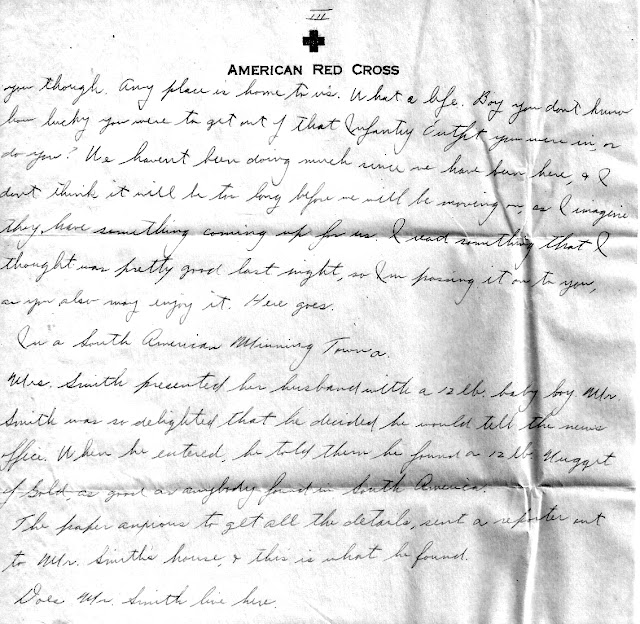 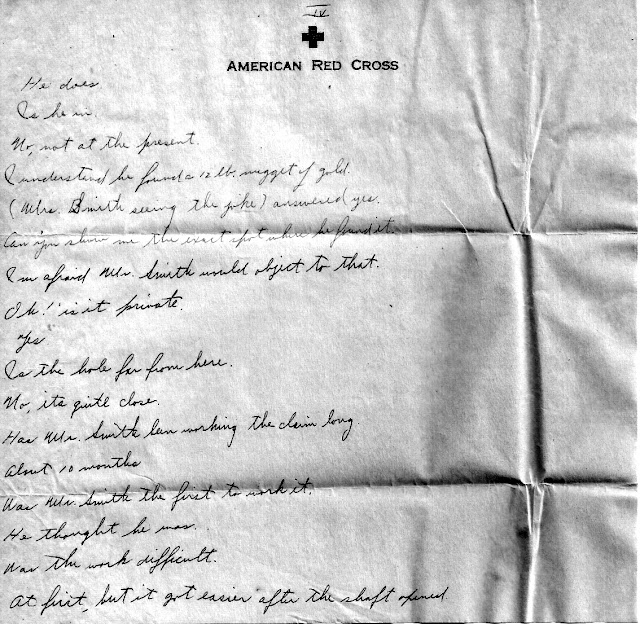 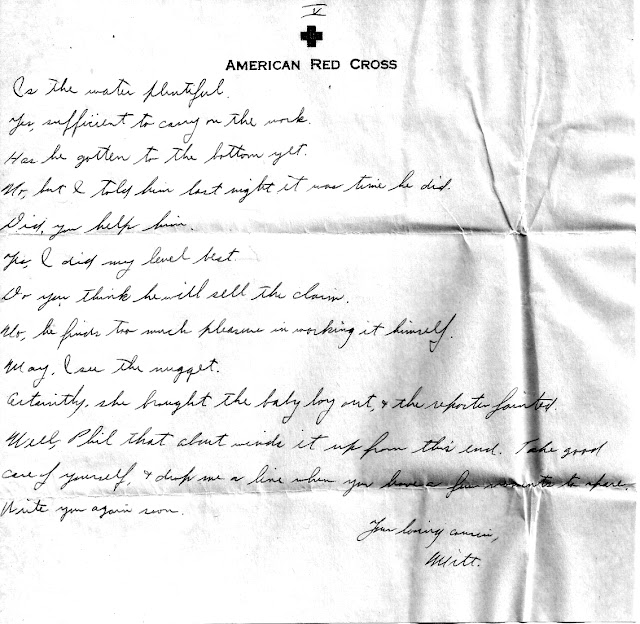 14 January 1945
My Darling,
All your December letters have been put in the order of their dates and are living at my right elbow on the small card-table on which I am writing. I'll read three of them commenting on anything that excites comment. I am alone in the hut (my hut-mates are still at work), and I hope to write uninterrupted for a few hours. The severe cold of the past week is now diminishing. A light rain has washed away all traces of the recent snow-fall, but it is still more comfortable to stay close to the wood fire in the oil-drum, which has been converted into a stove. It was a grand experience when I was awakened this morning at 8 o’clock by the chatter of the guys just returned from breakfast. I was snug and warm under the blankets, so the prospect that I
could remain there as long as I pleased was most welcome! I pleased to sleep until 11 A.M., when I rose, dressed, washed, and went to lunch. After lunch, I took in the 1:30 matinee at the base theater. The picture was "Lost in a Harem” with Abbot and Costello. It was the typical Abbot–Costello sort of nonsense, but it had its moments. The one scene I really enjoyed was the oriental ballet to the ballet music from Borodini’s opera “Prince Igor,” (at least, I think that's what it was)! Anyway, I enjoyed the music. Which all brings me right up to the moment I started this. There is very little else of interest to report from this end, Sweet, so I'll proceed to your letters—
In closing your letter of 1 Dec., Chippie, you ask me for suggestions about a coat-and-legging set for the punkin. I’m grateful for your offer to let me "pick it out” honey, but the fact is I’m not at all clear on the appearance of such a costume. That is, they all look more or less alike to me. Moreover, I regret to confess that I haven't seen enough of them to be able to establish any kind of preference. As to color, I think the combination you suggested should be very nice. Gray and white will show off her coloring, if nothing else, to the best advantage. Sorry I can't help you much with this, dear, but thanks again for asking me.

Your V-mail of  2 Dec. asks a question which presupposes a notion on your part that is entirely in error. You wanted to know if the furlough I took to meet Harry W. "decreases your chances of a furlough back to the States": 'I don't remember that I ever gave you cause to believe that I might get a furlough at home. Where then, did you ever get the idea? The fact is, there is no chance whatever for such a leave, and I believe t've told you that I wouldn't take it if it were offered me. I died a little on each of the two occasions when I had to leave you for an indefinite period of active duty, and I don't think I can take any more of the same. At least, I don't want to! I think you understand and appreciate my attitude in this regard, darling. In fact, you give me to understand in your letters, that you feel pretty much the same way about it. Like you, I want our next re-union to be the last one - nothing less will do,

On 8 Dec. you were good enough to remind me of several birthdays, which I should have acknowledged, but which I never seemed able to find the time for. However, I’ll write to both Jacks tomorrow. After all, a belated greeting is better than none and it's just possible Jack N.’s may arrive in time. In his case, tho’, I'll have to address it to you, Baby, as I don't know just where he'll be about 25 Jan.