Post #587 - February 22, 1945 I Kept My Promise and Took Adele Down to Have Her Picture Made and First Visit to Meadowcroft 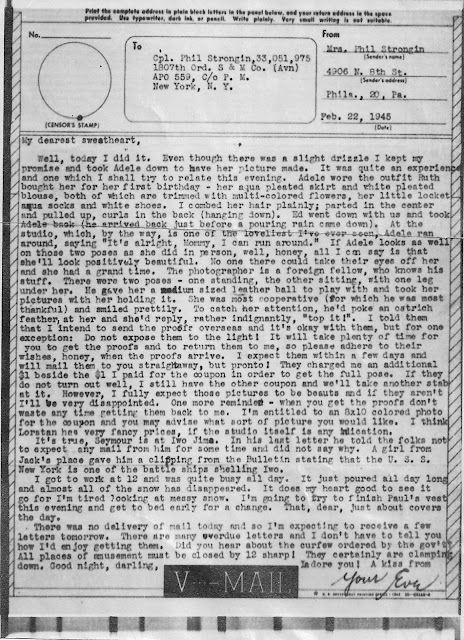 The following letter is missing quite a number of pages which I have not been able to locate at the present time. I suspect there is a folder containing them somewhere here as dad mentions that he divided the pages into several packets so that it would not be too heavy to mail under the circumstances. Quite a few years ago, I had all the pages and transcribed this very long letter so that it could appear in a newsletter written for the community, Saltburn-by-the-Sea. Having read the letter, I googled the community, ran across the e-newsletter and contacted the editor. She was delighted to print the letter if I would transcribe it, and requested photos of my parents at that time and a copy the first page in my father’s handwriting so everything could be displayed in an artistic manner. Luckily, I still have the entire transcription and, at the end, I have included a link to the newsletter if you wish to see how they displayed it there. 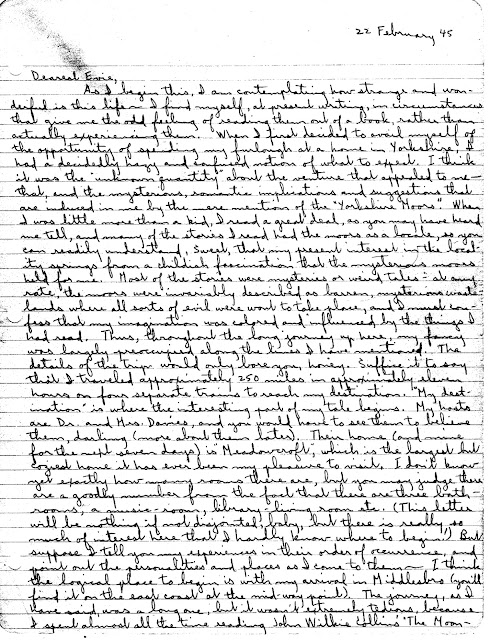 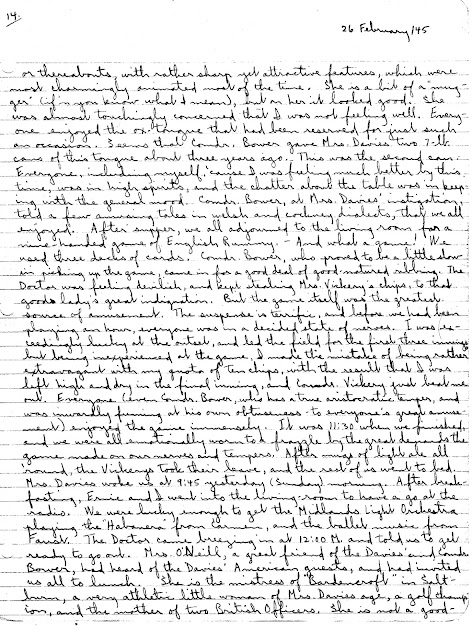 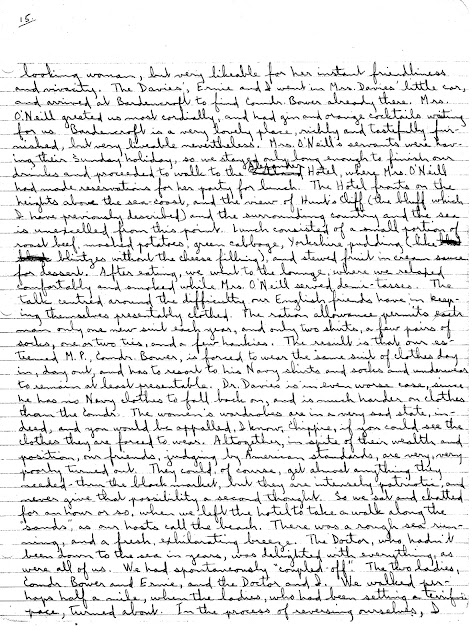 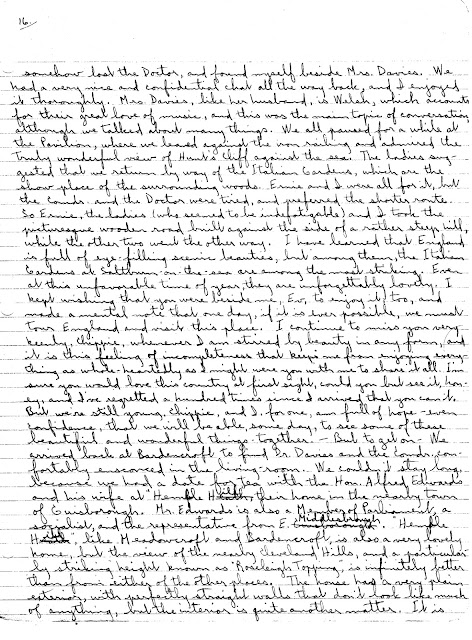 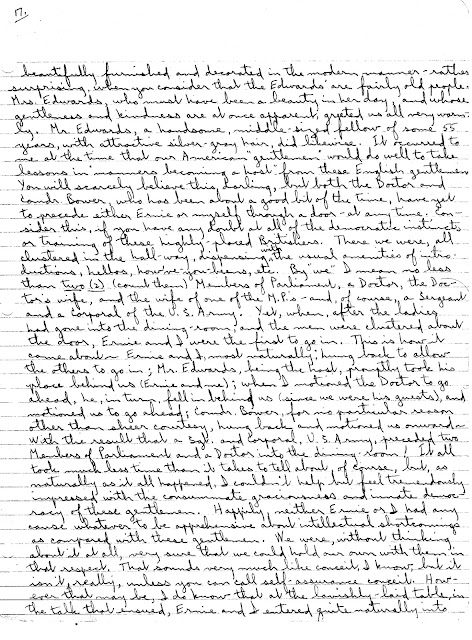 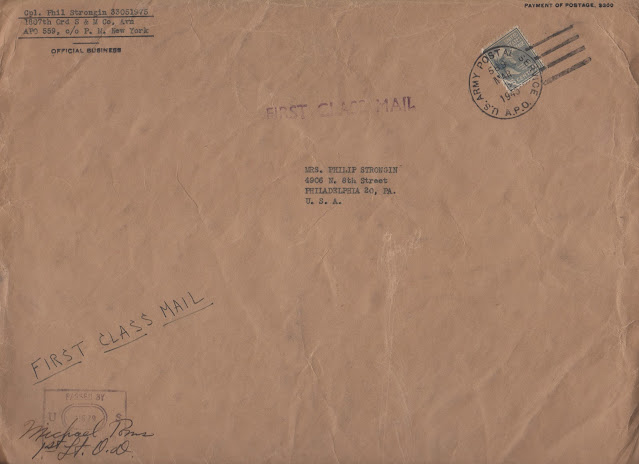 Well, today I did it. Even though there was a slight drizzle I kept my promise and took Adele down to have her picture made. It was quite an experience and one which I shall try to relate this evening. Adele wore the outfit Ruth bought her for her first birthday - her aqua pleated skirt and white pleated blouse, both of which are trimmed with multi-colored flowers, her little locket, aqua socks and white shoes. I combed her hair plainly; parted in the center and pulled up, curls in the back (hanging down). Ed went down with us and took Adele back (he arrived back just before pouring rain came down). At the studio, which, by the way, is one of the loveliest I've ever seen, Adele ran around, saying "It's alright, Mommy, I can run around." If Adele looks as well on those two poses as she did in person, well, honey, all I can say is that she'll look positively beautiful. No one there could take their eyes off her and she had a grand time. The photographer is a foreign fellow, who knows his stuff. There were two poses - one standing, the other sitting, with one leg under her. He gave her a medium sized leather ball to play with and took her pictures with her holding it. She was most cooperative (for which he was most thankful) and smiled prettily. To catch her attention, he’d poke an ostrich feather, at her and she'd reply, rather indignantly, "top It!". I told them that I intend to send the proofs overseas and it's okay with them, but for one exception: Do not expose them to the light! It will take plenty of time for you to get the proofs and to return them to me, so please adhere to their wishes, honey, when the proofs arrive. I expect them within a few days and will mail them to you straightaway, but pronto! They charged me an additional $1 beside the $1 I paid for the coupon in order to get the full pose. If they do not turn out well, I still have the other coupon and we'll take another stab at it. However, I fully expect those pictures to be beauts and if they aren't I’ll be very disappointed. One more reminder - when you get the proofs don't waste any time getting them back to me. I'm entitled to an 8x10 colored photo for the coupon and you may advise what sort of picture you would like. I think Lorstan has very fancy prices, if the studio Itself is any indication.

It's true, Seymour is at Iwo Jima. In his last letter he told the folks not to expect any mail from him for some time and did not say why. A girl from Jack's place gave him a clipping from the Bulletin stating that the U.S.S. New York is one of the battle ships shelling Iwo.

I got to work at 12 and was quite busy all day. It just poured all day long and almost all of the snow has disappeared. It does my heart good to see it go for I'm tired looking at messy snow. I’m going to try to finish Paul's vest this evening and get to bed early for a change. That, dear, just about covers the day.

There was no delivery of mall today and so I'm expecting to receive a few letters tomorrow. There are many overdue letters and I don't have to tell you how I'd enjoy getting them. Did you hear about the curfew ordered by the gov’t? All places of amusement must be closed by 12 sharp! They certainly are clamping down. Good night, darling. I adore you! A kiss from

P.S. I’m splitting this among several envelopes in order to get it to you as quickly as possible. Hope they all get there at once. — ’Bye now, darling‚ — here’s a kiss for you, and one for my punkin.

P.P.S. Enclosed is a snapshot showing Mrs. Davies in her garden.


With thanks to Phil’s daughter Marilyn who contacted us recently with this wonderful story.
saltburnbysea.com
https://medium.com/@SaltburnbySea/an-american-in-yorkshire-1945-e8764392bce2
Posted by Marilyn at 7:22 PM