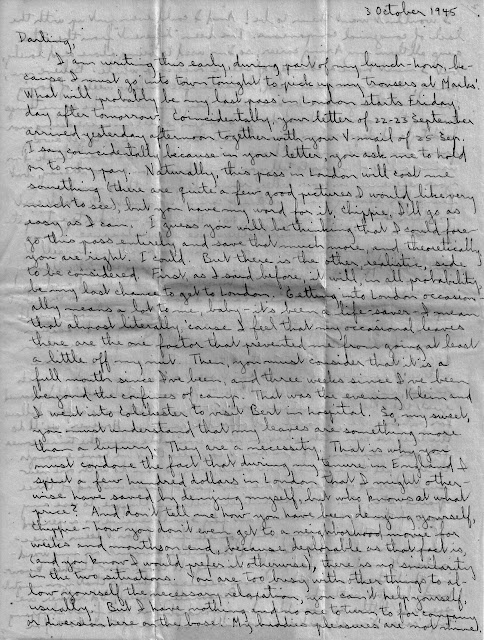 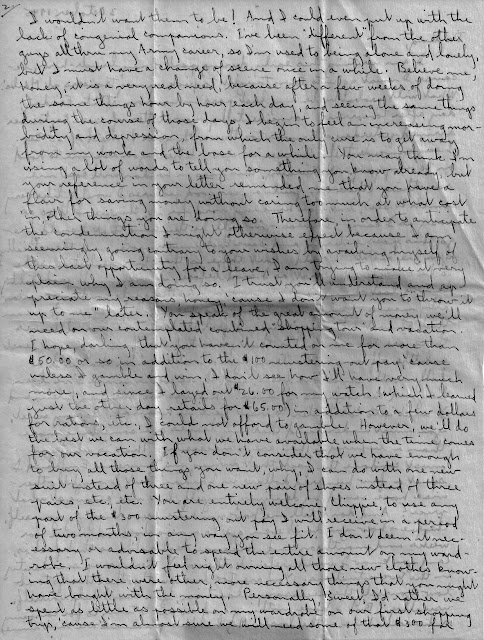 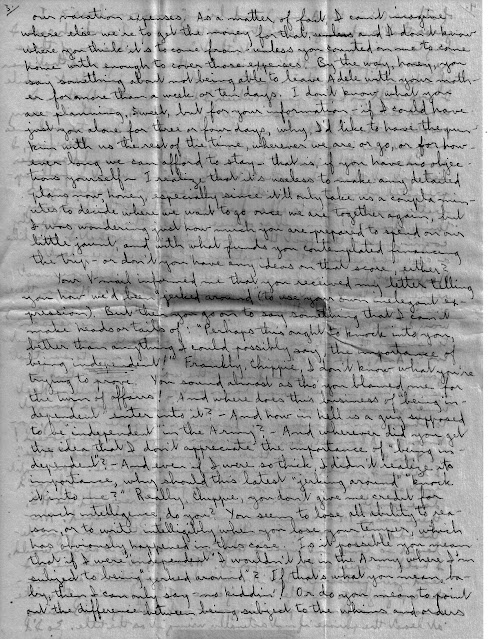 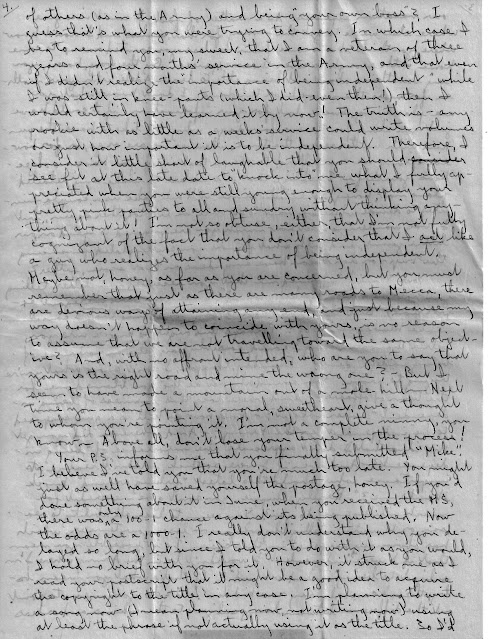 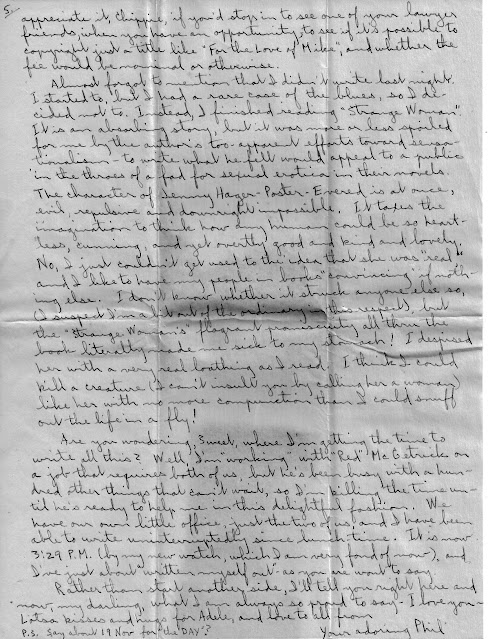 I am writing this early, during part of my lunch-hour, because I must go into town tonight to pick up my trousers at Marks’.

Are you wondering, Sweet, where I'm getting the time to write all this? Well, I'm working with "Red" "McGetrick on a job that requires both of us, but he's been busy with a hundred other things that can't wait, so I'm killing the time until he's ready to help me in this delightful fashion. We have our own little office, just the two of us, and I have been able to write uninterruptedly since lunch-time. It is now 3:29 P.M. (by my new watch, which I am very fond of now), and I've just about "written myself out” as you are wont to say.
Rather than start another side, I'll tell you right here and now, my darling, what I am always so proud to say—I love you—Lotsa kisses and hugs for Adele, and love to all from
Your adoring Phil
P.S. Say about 19 Nov for "the DAY"?
Posted by Marilyn at 1:30 PM